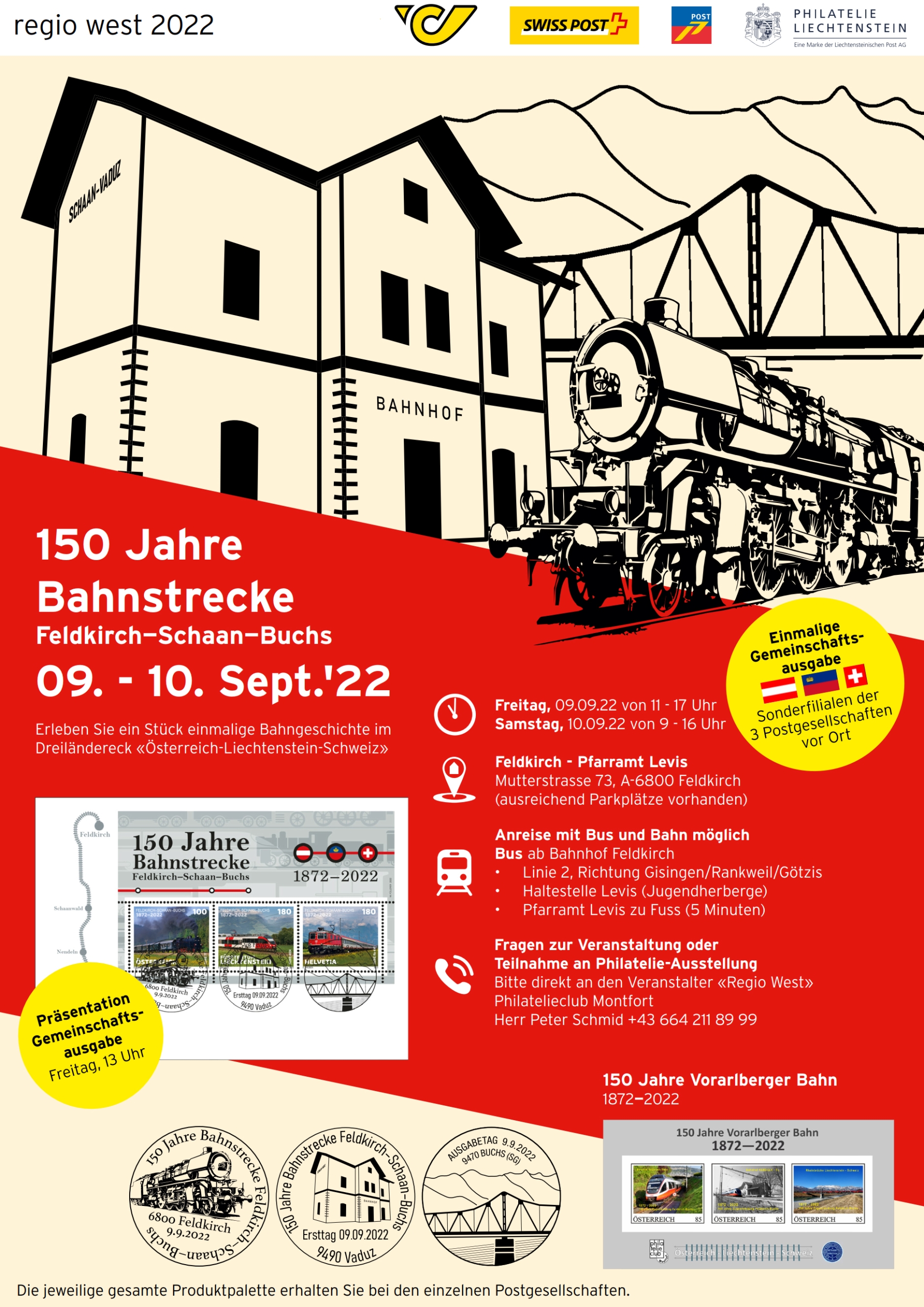 What does rail have to do with medicine? Not much at first glance, but at this exhibition there will also be a one-frame exhibit designed by us on the subject of “railway medicine”. The occasion is the 150th anniversary of the single-track railway line between Feldkirch (A) and Buchs (CH). It is the only railway line in the Principality of Liechtenstein.  For the 150th anniversary, a special souvenir sheet will also be issued. Just as the railway line is operated jointly by the three countries, it will be issued by the three countries. Three locomotives from different eras used in the respective countries are depicted: a steam locomotive from 1927 for Austria, an electric ÖBB railcar from 2004 for Liechtenstein and the legendary Re 4/4 II of the SBB, which was built from 1964 to 1985. The only difference between the blocks of the respective postal services is that only the stamp of the respective country is perforated.

The presentation of the joint issue will take place on 9 September at 1 pm in Feldkirch. There you can also expect a special branch of the Austrian, Liechtenstein and Swiss postal services, a small philatelic exhibition on the subject of “railways” with the participation of the ArGe, model railways and a children’s programme. Take the opportunity for your personal cancellations of all three postal companies.